Passover gifts with a modern flavor 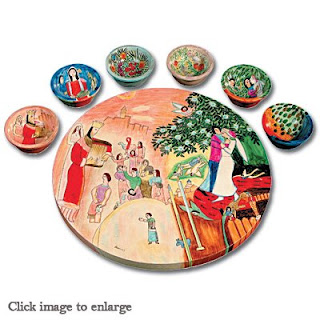 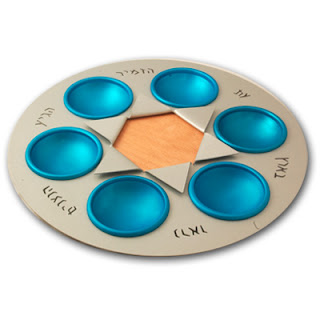 As my favorite holiday is just around the corner, I would like to bring you a selection of original Passover gifts. Seder Plates makes a great gift idea –the Seder plate is usually very decorative and also comes very handy in Passover.

Retelling the story of Exodus - that's what the Seder is all about! The Seder plate plays a significant role in Passover ritual meal. All of these traditional foods that are places within the Seder plate symbolize the sufferings of the Hebrew slaves in Egypt. The Seder Plate has five or six designated spots in which we place ceremonial foods.
Maror, for example, is a bitter green herb that is dipped in salty water and thus represents the tears of the Israelites.

Recent years have shown a growing popularity of original Judaica artworks, and so, Seder plates have become very common as a gift for holidays and festive occasions. Contemporary Judaica designers are interested in creating original Jewish gifts with a modern flavor. Judaica designers skillfully deliver ancient Jewish motifs with a modern interpretation, while adding a twist of their own imagination, and sometimes humor.

Many of the best known names in the field of Judaica art live and work in Israel. Israeli Judaica artists have contributed to the wide selection of designed Israeli gifts that carry the symbolism of both Jewish and Israeli culture.

You can check a wide selection of Israeli made Seder plates on Canaan Online or Judaism.com

Watch this footage to find out more about the use of the Seder plate on Passover dinner.
Posted by The wonderer at 5:41 PM